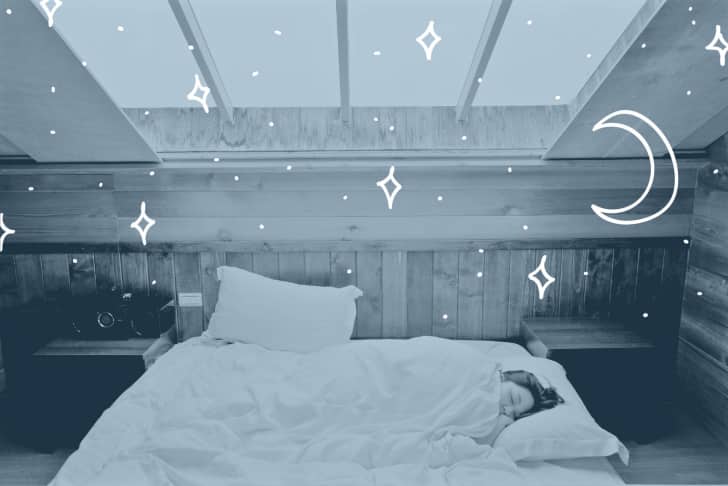 Wouldn't it be nice to fall asleep faster?

You know you need enough sleep, but sometimes, it’s as elusive as a rainbow-maned unicorn with glittered wings.

If you struggle to get to sleep, you’re hardly alone. It’s estimated that 50 to 70 million Americans suffer from sleep problems.

That’s a pretty sobering statistic, considering that for many people, lack of shut-eye is a fixable problem.

A Quick Look at the Science

A 2006 study comparing total sleep deprivation with sleep restriction concluded that the group that was chronically moderately sleep restricted—6 hours or 4 hours sleep a night—performed just as poorly on cognitive tests as subjects who stayed awake for 48 hours straight.

Even more telling, the group that got 6 hours of sleep thought they were doing okay, though their cognitive tests showed they weren't. Even though you might “feel fine,” you’re likely impaired when it comes to tasks involving thinking, reasoning, problem-solving and more.

1) Develop a routine around sleep

We create bedtime routines for children, but for some reason, we tend to shun them as adults. By following the same patterns of behaviors around bedtime, you’re training yourself that it’s time to actually wind down and sleep.

What does this look like? It’s totally up to you but make it a low-stress, relaxing routine. Maybe you read for a while, then set out your work clothes for the next day, take a shower and brush your teeth. The point is to build repetition so you know that at the end of the routine, it’s time to sleep.

Another component of this routine is going to sleep and waking at roughly the same time. Erratic bedtimes make it hard to train your body and brain so you can fall asleep faster.

This works for kids of all ages.

Magnesium is a vital mineral implicated in hundreds of biochemical reactions in the body and is important for muscle function, electrolyte balance, cellular energy production and more. Also, it helps with a feeling of relaxation and is great to take before bedtime.

Paleo-friendly dietary sources rich in magnesium include dark leafy greens, sea vegetables, and nuts. Interestingly, some minerals such as calcium compete with magnesium for absorption, so if you’re taking it internally, avoid calcium-rich foods at the same time. Many of us, particularly if we’re physically active, still struggle to get enough magnesium from diet alone.

It’s best to take your magnesium about 30 minutes before bedtime. It’s part of my routine to take my magnesium before I brush my teeth.

Lavender is renowned for its ability to calm and relax the body, and it makes a great addition to your bedtime routine to help you fall asleep faster. Here are some ways to use lavender oil for better sleep:

Lavender is one of the essential oils that’s safe to use neat (undiluted) but as always, check for skin sensitivities before using on large areas.

Nighttime exposure to light, particularly the blue wavelengths that mimic sunlight, is incredibly disruptive to melatonin.

This hormone is responsible for helping to put us to sleep—and keep us asleep. Unfortunately, the backlit electronic devices that are so prevalent in our modern world are oozing with blue light.

Televisions, computers, tablets, and phones are always close by, and they’re negatively impacting our collective sleep.

Yes, daytime exposure to blue wavelengths is important because it helps maintain the “awake” part of our circadian rhythms.

However, reducing or avoiding blue light once the sun goes down is one key to falling asleep faster.

5) Reduce stress, especially in the evening

Okay, it’s hard to 100% eliminate stress from your life. I get that. But nighttime stress can make it particularly hard to fall asleep because of the effects of cortisol.

Cortisol, a stress hormone, is also associated with a normally functioning circadian rhythm; it ramps up as morning approaches and peaks in the mid-morning, helping us wake up.

When cortisol rises at night, though, it can make us feel too alert to be able to wind down.

Psychological stress is the type we often think of, but physical stress—especially from evening training sessions—can also make it difficult to fall asleep.

If you train in the evening and are having trouble sleeping, you may want to reconsider your training schedule.

Some other ways to reduce evening stress: