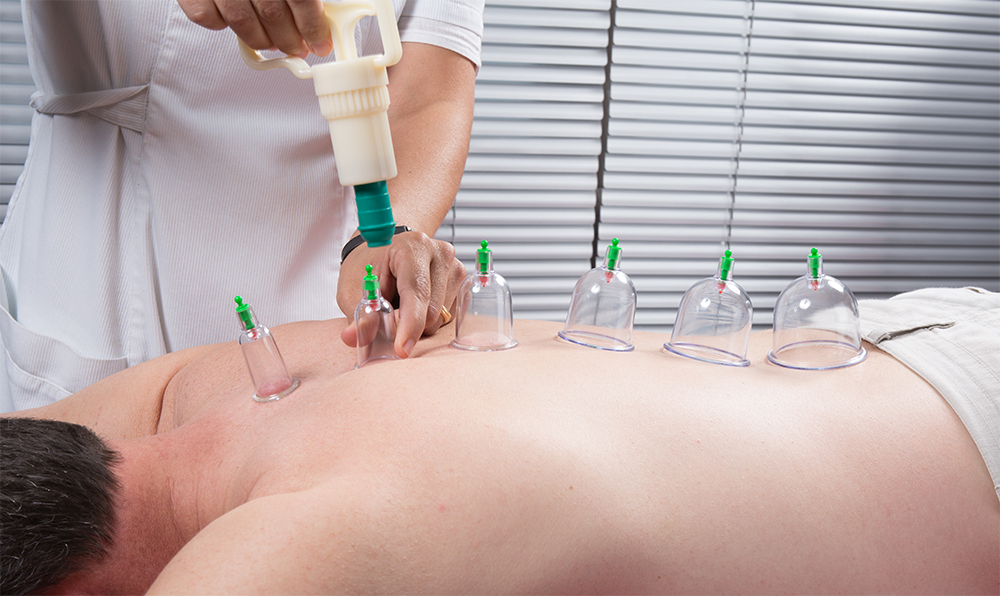 Cupping is an ancient technique that involves using cups on the skin, creating suction to enhance circulation, relieve pain, and provide many other benefits.

A few years ago, cupping therapy was relatively unknown in the US, but during the last few years, cupping has become increasingly popular. Some of the rise in popularity is due to the many celebrities and athletes who use cupping therapy and show off their unique round marks to the press.

Cupping is thousands of years old and it is not exclusive to the Chinese. Variations of cupping therapy have been used by ancient Egyptians and in other African countries, by North American Indians, by early Greeks, and in other parts of Asia and Europe. One of the oldest medical textbooks in the world, “The Ebers Papyrus” describes how ancient Egyptians used cupping therapy in 1,550 B.C. WOW!

Cupping is based on simple ideas. Specially made glass, bamboo or plastic jars are placed on the patient’s skin to create suction. Traditionally this was done with fire, but in the more modern version, a hand pump is used to create the vacuum inside the cup. This action causes the underlying tissue to be sucked partway into the cup, how much depends on the amount of suction used. You will probably feel a tight sensation in the area of the cup that often feels good and relaxes aching muscles.   After removal of the cups, everyone talks about feeling a release of tension and tightness – it feels great!

The purpose of cupping is to enhance circulation, help relieve pain, and pull toxins from your body’s tissue. It often gets good results for patients who suffer from chronic fatigue syndrome, flu, colds, back pain, coughs, allergies, muscle pain, fevers, bronchial congestion, arthritis, and anxiety.

If you have seen the photos of “celebs who cup”, you already know that cupping may cause your skin to temporarily turn red, blue or purple. The skin discoloration can last anywhere from a few days to a couple of weeks. In the warm weather, when more skin is exposed, it will be a conversation starter. You may also experience some mild soreness, but don’t worry, this is normal.

It is recommended that patients take an Epsom bath after a cupping session (use at least 2 cups of Epsom salt). These salts are anti-inflammatory and can relieve potential discomfort while enhancing the benefits. You will feel looser and enjoy the relief from tense muscles. It is easy to understand why cupping has lasted for centuries and is now sucking in (pun intended) people all over the world.