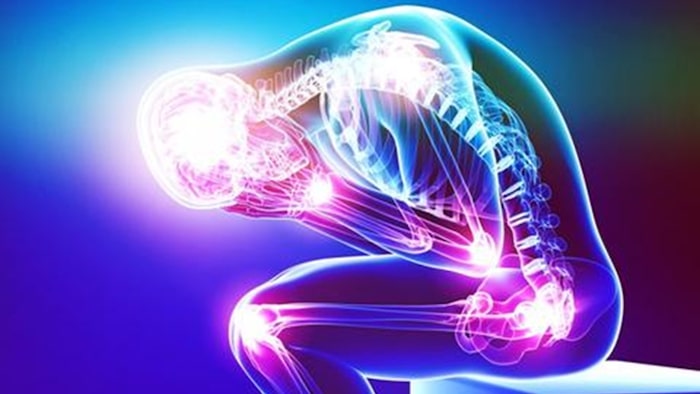 Women with chronic pain often face disbelief, invalidation, and discrimination as a result of stigma. Let’s look at the evidence and the causes behind this stigma.

Gender bias is profound in chronic pain; At the same time, men face more self-stigma as a reflection of the stereotypical role of masculinity in society, and women face more stigma from loved ones and medical professionals. This National Pain Report found that nearly one out of four female pain patients experience gender discrimination.

Gender bias has been present in health care in general for many years; even as recently as 25 years ago women were still being left out of research because accounting for their hormones and emotions was thought to be too complex during studies, as explained here. This meant that there was a gap in research, leaving women’s health and biological processes less understood than that of men.

Research on both humans and animals, including studies based on both acute and chronic pain, is dominated by stigma and focuses mainly on men, despite females being the most likely to report chronic pain. This article explains that “Nearly 80% of animal studies published in the journal Pain from 1996 to 2005 used only male subjects.”

Due to this bias in research, a lot of the science behind women’s health conditions and why they experience pain in the way that they do is not well understood, which can lead to ineffectual treatment. But with more research being done all the time and stigma gradually being broken down, there is hope for the future.

While women are more likely to report chronic pain and be open about their experience, they are also less likely to be taken seriously in regard to their symptoms as this study concluded.

Being in pain and not knowing the cause is scary; reaching out for help that first time can be nerve-wracking, and being met with disbelief can be emotionally damaging. This initial experience of stigma often makes women reluctant to persist in seeking treatment for their chronic pain, for fear that they are going to be dismissed, or that the visit to the doctor is actually going to make their pain and stress worse, as this study explains.

The study goes on to explain that as a result of stigma, women often feel pressured to ‘present their case’ in a way that the doctor is going to understand, instead of the doctor is the one to try and understand the patient’s symptoms.

Often women’s symptoms are psychologized, meaning that they were thought of as ‘all in the head’ by doctors, as this article on female fibromyalgia patients found, “Stigma consisted of questioning the veracity, morality, and accuracy of patient symptom descriptions and of psychologizing symptoms.” This often leads to chronic pain being misdiagnosed as a mental health condition.

With misdiagnosis often comes treatment that is not needed. Unnecessary tests, along with incorrect medication and therapies being prescribed, can often be performed. This is not only distressing for patients but also costs health services a great deal of money simply as a result of stigma. This policy report on the matter explains the situation aptly, stating clearly that when it comes to chronic pain treatment in women, they are “routinely misdiagnosed, shuffled from office to office, inappropriately treated and left without answers or hope, needlessly suffering.”

It can typically take several years for a woman to receive an appropriate chronic pain diagnosis and even longer to then access treatment that can really help. This study focused on chronic pain to establish whether there was a difference in women and men being referred for rehabilitation services and pain management programs and found that, “Men had a significantly higher likelihood than women of being recommended physiotherapy and radiological examination, and the gender difference was not explained by confounding variables and covariates (meaning they didn’t find any other reason for the difference apart from gender)”.

This lack of effective treatment for long periods of time can lead to chronic pain worsening and pain spreading to other areas of the body; comorbid health conditions can develop as a result as stated here. The mental health implications of women being left to suffer in pain, unable to function with no idea what is wrong, and without appropriate treatment, can frankly be fatal.

Stigma In Society and Self-Stigma

Many symptoms of chronic conditions cannot be seen and therefore those around us, even loved ones who care about us, may not be able to understand the pain we go through. All too often, invisible illnesses and disabilities are not given the same respect that other medical issues afford.

For many, the stigma they face from society and the medical community can translate into self-stigma, knocking their confidence and affecting their sense of self. There may be a desire to not appear weak and to bottle things up. On the other hand, some women may feel pressured to show their illness and make it known as much as possible because the invisibility of their disorder has led to them being disregarded in the past. This study concluded that “women negotiated a picture of themselves that fits with normative, biomedical expectations of what illness is and how it should be performed or lived out”

Often the stereotypical ‘role’ of what a woman ‘should’ do around the house can present problems; women will often try to maintain household duties even if they may be pushing themselves too much and causing pain, while men are more likely to ask for assistance with household chores if they are in pain, as explained in this study.

Often women lose self-esteem and feel that they are less feminine. Unfortunately, due to the way our society views gender, being strong equates to masculinity: this study found that this stigma was reflected in society's view of women coping with chronic pain, stating “women with pain were perceived as less feminine and more masculine than the typical woman “

Why Is This Stigma Present?

Many medical professionals are not given the appropriate education on chronic pain, including how to diagnose and treat it. They are not given effective training about how to be compassionate with women specifically those who present with chronic pain. They are simply not being given the tools they need while at medical school. This report explains that even when medical students are taught about chronic pain it, “is focused primarily on the mechanics of pain and not the patient’s experience of it”.

Some studies present the idea that this difference in the way that women are treated has to do with the traditional ‘role’ of men and women, with men viewed as more dominant as explained here, “The dichotomy (this basically means differences or contrast) between men and women has been described as a way to establish and maintain the gender order, allowing men’s dominance over women”

Endonormativity is thought to be highly present in medical settings, which means that health conditions that are usually seen in men are considered normal, while those that are reported mostly in women are seen as outside of the normal spectrum. Women’s health conditions are being compared to that of men, as though this is a yardstick to judge what conditions are deserving of attention, as explained here, “Although women have more pain than men and dominate most chronic pain diagnoses, they are described in comparison to men, as being deviant from the norm, even when they are in majority.” The results of this study also showed that “symptoms in women-dominated conditions that do not fit the masculine norm actually seem to be invisible.”

Medical professionals often view women as more emotional and sensitive as explained here, and so often are viewed to ‘over exaggerate’ their symptoms, meaning that medical professionals often don’t take them at their word. The results of this study found that women are often described as malingers: the definition of malingering is, “intentional production of false or grossly exaggerated physical or psychological symptoms, motivated by external incentives such as avoiding military duty, avoiding work, obtaining financial compensation, evading criminal prosecution, or obtaining drugs.”

When women feel that their pain is not being taken seriously, this can often lead to stress, which not only contributes to the pain and stress cycle, exacerbating their pain but can also lead to medical professionals thinking that they were right about women being overly emotional, as explained here, “women can feel that their pain is down-valued or dismissed, which in turn can cause stress. Stress cues can, in turn, lead healthcare providers to take patients’ pain less seriously”

What Can Be Done About This Stigma?

More funding and research need to be done into the mechanisms behind chronic pain in women, to better understand how to help them. Medical professionals need more training on how to diagnose and treat women with chronic pain, as well as training in how to be more compassionate and understanding, so that stigma can be reduced, as explained in this report.

The medical community needs more education in the science behind chronic pain and effective treatments in general so that no one is sent home being told that nothing can be done about their pain and left to struggle alone.

What Can You Do If You’re Facing Stigma?

While we shouldn’t have to, sometimes pushing for the treatment we deserve is necessary. Take a friend or family member with you if you feel emotionally vulnerable to give you that moral support.

Keep going back to your doctor, stating your symptoms clearly, and explaining that you need more effective help. You could write down your symptoms and keep notes about what is said at each appointment to ensure that you are prepared to fight for your rights. Don’t give up until you get the correct diagnosis and treatment.

If you feel that you are being discriminated against and this is preventing you from getting the care that you need, then you can report this to the practice manager of your doctor’s office, to the management at your hospital, or even by seeking legal advice.

Often chronic pain charities and organizations will have practical advice on how to advocate for yourself in the doctor’s office. They may provide treatment guidelines and more information about your condition. Some even have patient advocates who can go with you to appointments to ensure that you are receiving appropriate care. They may have hotlines that you can utilize to talk through your problems and get emotional support.

You could seek private treatment if that is something your resources allow, or you can find therapies online through apps and websites; be sure to do your research to find legitimate sources of treatment and look at the reviews before you jump into any online treatment.

No one deserves to face stigma, to have their right to appropriate health care taken away because of their gender. Things must change, and hopefully, as more people speak out and more research is done, the future will be brighter for those of us with chronic pain.

Precision Pain Care and Rehabilitation has two convenient locations in Richmond Hill – Queens and New Hyde Park – Long Island. Call the Queens office at (718) 215-1888, or (516) 419-4480 for the Long Island office, to arrange an appointment with our Interventional Pain Management Specialist, Dr. Jeffrey Chacko.