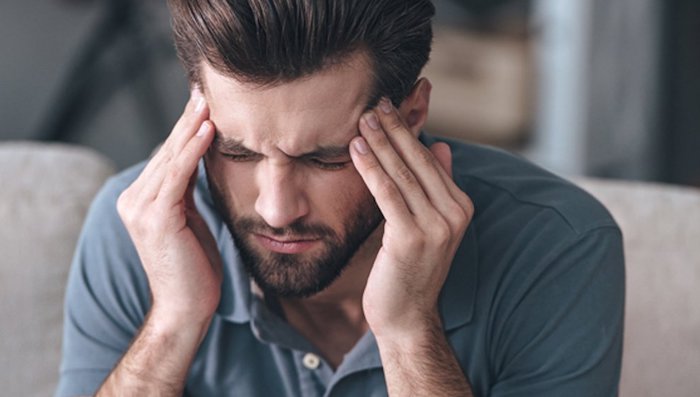 Migraines Are Still a Risk

It's estimated that someone in nearly one in every four households in the United States suffers from migraines. And yet, migraines are still a largely misunderstood condition.

Even more interesting is that migraines seem to affect men and women differently. Though men are less likely to develop migraines, they should still know common triggers, symptoms, and treatment options.

Many people don't realize that migraines aren't just bad headaches, they're a neurological condition that can cause a wide variety of symptoms, from pain and nausea to light and sound sensitivity and even temporary blindness.

Though they are common, the exact cause of this condition is unknown. Many possible triggers for migraines include stress, lack of sleep, bright lights, strong smells, and certain foods. Many people who experience them have a family history of the condition.

While migraines are relatively common in both sexes, statistics show that women are up to three times more likely to experience them than men. Migraines are the third most common disorder in women of childbearing age, with around 18% of women in this age group suffering from migraines.

Whatever the cause, migraines can be debilitating — and even dangerous. If you suspect you or someone you know is having a migraine, it's essential to seek medical help. In the meantime, here are three things you can do to ease the symptoms of a migraine:

Seeking Treatment for Your Migraines

While migraines are most often just a nuisance, they can sometimes indicate another chronic issue. If you experience migraines regularly, it's essential to speak with a doctor to rule out other potential underlying causes.

Additionally, if you experience migraines and other symptoms like dizziness, nausea, and vomiting, it's essential to seek medical attention immediately, as this could indicate a more severe condition.

Precision Pain Care and Rehabilitation has two convenient locations in Richmond Hill – Queens and New Hyde Park – Long Island. Call the Queens office at (718) 215-1888, or (516) 419-4480 for the Long Island office, to arrange an appointment with our Interventional Pain Management Specialist, Dr. Jeffrey Chacko.