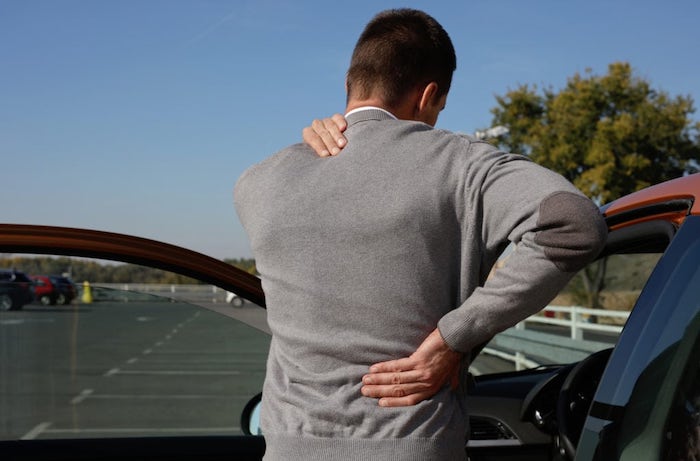 Even a minor car accident can leave you shaken and out of sorts, but you may not feel any pain. Instead, hours or days later, your head and joints may start to complain, your neck and shoulders can go stiff, and you could develop back pain or numbness in your arms and hands.

It may not seem to make sense. If you’re working in the garden or playing a sport, for example, injuries may cause pain immediately. However, the sudden nature of a car accident triggers a biological response which, when understood, explains why there can be such a delayed response to the effects of a car accident.

The Effects of Endorphins

Endorphins, of which there are at least 20 different types in your body, are chemicals called neurotransmitters, substances that transmit certain signals throughout your nervous system. If you’ve ever felt a rush of pleasure when taking a bite of chocolate or eating spicy food, you know some of the effects endorphins can create.

Some of the strongest endorphin reactions occur during moments of stress and times of pain. The receptors in your brain that react to opiate drugs are intended to listen to your body’s endorphin response. One of the principal functions of this endorphin/receptor relationship is to alter the perception of pain in your body.

Sudden stress or injury causes a biological process commonly referred to as the fight-or-flight response. Your brain interprets this stress or injury as a threat to your survival and switches over to a model that best prepares you to make it through the crisis you’re facing.

Even a minor car accident is, for most, a rare and upsetting experience. The term ‘fender bender’ seems to suggest a minor event that’s not very dangerous, but that is misleading. The shock of the moment and the tremendous force transmitted through the weight and inertia of your vehicle provide a double-whammy that’s likely to trigger an endorphin response.

That force, too, is often sufficient to cause injury. Perhaps the most common type is whiplash. Your head is heavy enough to have substantial inertia of its own, supported by the vertebrae of your cervical spine and the soft tissue of your neck and shoulders.

Under ordinary loads, that’s no problem, but the snapping motion that occurs when your car stops while your head keeps moving has the potential to cause extensive injuries, even at low speeds.

Whiplash itself may manifest in different ways. You may experience headaches, neck and shoulder stiffness, dizziness, loss of motion, or severe pain. These symptoms may appear on their own or in any combination.

Since the nerves in your neck and shoulders may be affected, you may experience effects through your arms and hands. The soft tissue of your lower back may also suffer injury, forming knotted muscles over time if you ignore treatment.

Pain Response After an Auto Accident

Each of these injuries occurs at the time of the accident. In some cases, tissue inflammation may later press on nerves, creating pain that appears days later. However, in most cases, the pain of the immediate injuries gets masked temporarily by the effects of the endorphins that are released in response to the accident.

It’s for this reason that you can suffer substantial damage yet still function in the hours and days following the collision. Seek medical attention as soon as you notice the pain as your endorphin effect declines.