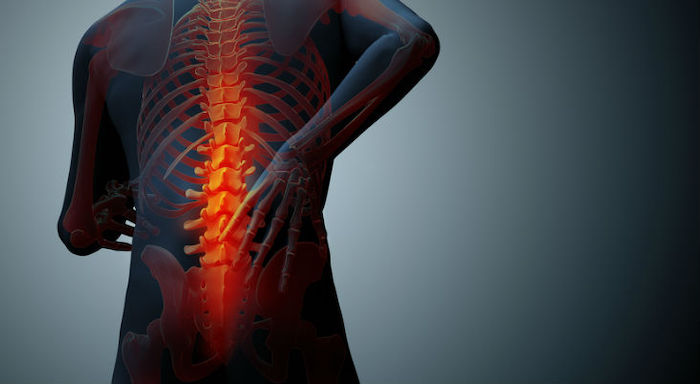 When our back hurts, we instinctively believe it’s because we’ve injured the area. After all, most pain works this way. When we cut our fingers, we see blood and feel pain. When we get the flu, our body hurts as it battles the virus.

But persistent back pain is different. Decades of research prove that there simply isn’t a close connection between the condition of the spine and the likelihood of experiencing pain.

Research has shown that the majority of people - without any history of significant back pain - have the very same “abnormalities” (such as bulging or herniated spinal discs) that are frequently blamed for persistent back conditions.

And then there are the millions of people with severe chronic back pain who show no structural abnormalities in their back at all.

A major 2015 review showed that signs of degeneration are present in very high percentages of healthy people with no problem at all.

“Many imaging-based degenerative features are likely part of normal aging and unassociated with pain.

An earlier paper found that 52% of pain-free subjects studied had at least one bulging disc or other MRI abnormality for which surgery is sometimes recommended.

These studies go on and on and on!

The fact is: there is little correlation between the condition of the spine and any given person’s experience with back pain.

On top of this, it turns out that people in developing countries, who do back-breaking labor and don’t have easy access to medical treatment, have much fewer incidents of chronic back pain than people in the developed world who sit in ergonomically designed chairs, sleep on specially designed mattresses, and have ready access to spinal imaging, surgery, and medications.

In developed countries, everyone has a back pain story. The fears around the vulnerability of the back, or how prolonged back pain could lead to severe disability, can be enough to keep people locked in a hypersensitive pain state.

Our backs have benefited from millions of years of evolution and served us while we lived as hunter-gatherers in the wild. Why in the recent history of developed nations have we become so prone to back pain? That goes for all different types of people, in vastly different job roles from deskbound workers to those moving around and using their bodies all day.

The late and iconic Dr. John Sarno debunked the structuralist attitude most medical professionals have towards back pain. He wrote:

“There is probably no other medical condition which is treated in so many different ways and by such a variety of practitioners as back pain. Though the conclusion may be uncomfortable, the medical community must bear the responsibility for this, for it has been distressingly narrow in its approach to the problem.

It has been trapped by a diagnostic bias of ancient vintage and, most uncharacteristically, has uncritically accepted an unproven concept, that structural abnormalities are the cause of back pain.”

What research has reliably shown is that there are psychological and behavioral patterns that can keep people locked into years of suffering.

Research also shows that practices such the brain retraining techniques can work much better than traditional medical interventions alone.

Surprised? Most people with chronic back pain are!

It can be a lot to take in, so let’s quickly review eight key pieces of research on back pain:

With all that considered, it doesn’t mean that the musculoskeletal system has no influence on pain, it just matters a lot less than most people think.

Our bodies and spines adapt to our lifestyle as we recover from injuries and grow older. Just like we get wrinkles on the outside, we get them on the inside too. That doesn’t mean they should hurt!

So, if you’re battling with persistent back pain, have hope. Modern pain science shows that our thoughts, beliefs, and behaviors have a major impact on the amount of pain we feel and our level of pain sensitivity.