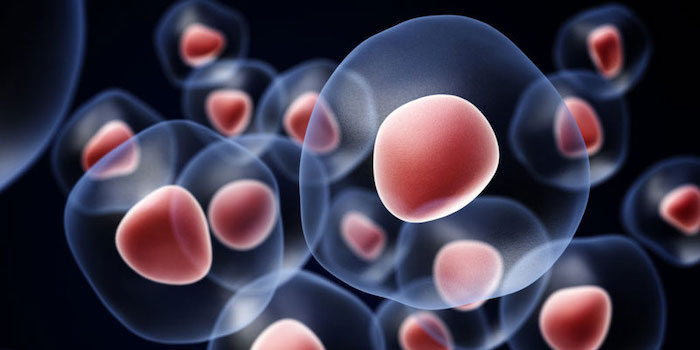 Pain management has always been a challenging issue, which is why it has been a major focus of many rigorous studies. Chronic pain which typically lasts for more than three months is prevalent at an astounding rate of 11% to 19% of the adult population. Pain management techniques have gone through major advances in the last decade with no major improvement in the quality of life in affected populations. Recently there has been growing interest in the utilization of stem cells for pain management. Advancement of stem cell therapy has been noted for the past few years and is now being used in human clinical trials. Stem cell therapy has shown promising results in the management of neuropathic, discogenic back, osteoarthritis, and musculoskeletal pain. In this article, we will discuss the role of stem cells in the pain management of the aforementioned conditions, along with the mechanism, adverse effects, and risks of stem cell therapy.

The term “chronic pain” refers to pain quality that remains persistent after the healing process or is present without the existence of tissue damage, which typically lasts more than three months. This type of pain is a consequence of psychological, biological, and social factors in which the evaluation and management usually require a multifactorial approach. In developed countries, about 30% of patients complain of moderately severe to severe pain which has lasted longer than six months. A noted increment in chronic pain prevalence is correlated to adult life, estimating it to be at a rate of 11% to 19%. On the other hand, the term “stem cells” points to the cells that are undifferentiated and have the capability to differentiate and replicate into various types of tissue. Back in 1998, the initial cultivation of embryonic stem cells derived from a human was successfully established. Thereafter, stem cell attraction and interest have been growing. The transplantation of stem cells was applied just recently in the therapeutic measures of pain, as it has shown promising outcomes for the management of multiple disease entities including neuropathic pain, degenerative diseases of the joints, musculoskeletal pain that is unresponsive to the standard medical treatment, and intervertebral disc (IVD) disease.

Stem cells are defined as undifferentiated cells capable of perpetual self-renewal and have the ability to differentiate into specialized cell types. During the embryonic stage of development, these cells play an important role in forming organs, and in adults, they help in organ repair as well as renewal of tissue functions. A stem cell is comprised of many distinct cell types, namely embryonic, adult, and induced pluripotent stem cells (iPSCs). Embryonic stem cells can be obtained from the inner cell mass of blastocysts and are capable of differentiating into all three germ layers. Adult stem cells can be categorized according to the tissue of origin, such as placenta and umbilical cord stem cells, hematopoietic stem cells, bone marrow-derived mesenchymal stem cells (MSCs), and adipose-derived MSCs. They are present in all tissues of the body and are important for repair and renewal when tissues or organs are damaged. Adult stem cells were recently induced to develop into a pluripotent state in cells called iPSCs. These cells share some of the same characteristics as embryonic stem cells such as proliferation, morphology, and gene expression. This was made possible by retroviruses, which were used to carry genes for transcription factors in adult cells.

Furthermore, stem cells can be classified based on their ability to differentiate. Totipotent cells are found when the fertilized ovum starts to divide and can differentiate into any form of cells to build organs. Pluripotent cells are generally in the form of embryonic stem cells or iPSCs and are capable of differentiating into any cell type but cannot form complete organs. However, differentiation into specific cell types remains very poor. It is still a subject of immense interest with regards to what constitutes the optimal substrate and environment for differentiation into specific cell types. Studies in animal models using PSCs or embryonic stem cells resulted in the formation of unusual solid tumors called teratomas resulting in early setbacks of human trials. However, over the years PSCs have been modified to limit this unusual proliferative capacity and have been successfully used to treat animals with conditions like diabetes, acute spinal injury, and visual impairment.

Multipotent stem cells are found in the form of adult cells and have the plasticity to become all the progenitor cells for a particular germ cell layer or they could be restricted to differentiate into one or two specialized cell types depending on the substrate provided. One such example is how retinoic acid has been used to induce MSCs into neuronal cells. Additionally, the lack of immunogenicity and no ethical jurisdiction makes them best suited for use in humans. These qualities make MSCs an ideal candidate for clinical application.

How Does It Work?

MSCs can rapidly divide and repair damaged cartilage making them attractive for repairing damaged tissues. MSCs have several advantages. They can be harvested from one’s own body and are easy to prepare. Further, they are immune-privileged, meaning they do not elicit a significant immune response. First off, tissue engineering is used to prepare scaffolds to generate functional tissues for the replacement of damaged tissues. Harvested MSCs are then seeded into the scaffolds where they begin their function. Direct engraftment of the host is one of the main working mechanisms of MSCs. MSCs are initially guided by the signaling cascades initiated at the sites of injury. As the platelets aggregate, they release cytokines which activate an influx of macrophages and neutrophils to the site of injury. The permeability of blood vessels at the injury site increases, setting the stage for homing of MSCs, and therefore increasing the aggregation of MSCs.

Besides direct engraftment, MSCs release a number of trophic factors in a paracrine fashion including growth factors like TGF-beta, factors inducing angiogenesis, transcription factors, and cytokines like PGE2, IL-2, and IL-6. In fact, studies have shown that paracrine function maybe even more significant than direct host engraftment as the effects of MSCs continue to appear in vivo, even after the cells are displaced or resorbed.

Another mechanism by which they exert their effect is immunomodulation. MSCs inhibit the differentiation of immature monocytes into dendritic cells, which are responsible for antigen presentation to naïve T cells. T cells secrete interferon-α and IL-4, which are responsible for inflammation. MSCs halt the development of T cells in G0/G1 phase and consequently the secretion of interferon-α and IL-4 as well. Finally, they act on natural killer cells making the local environment less susceptible to autoimmune regulation.