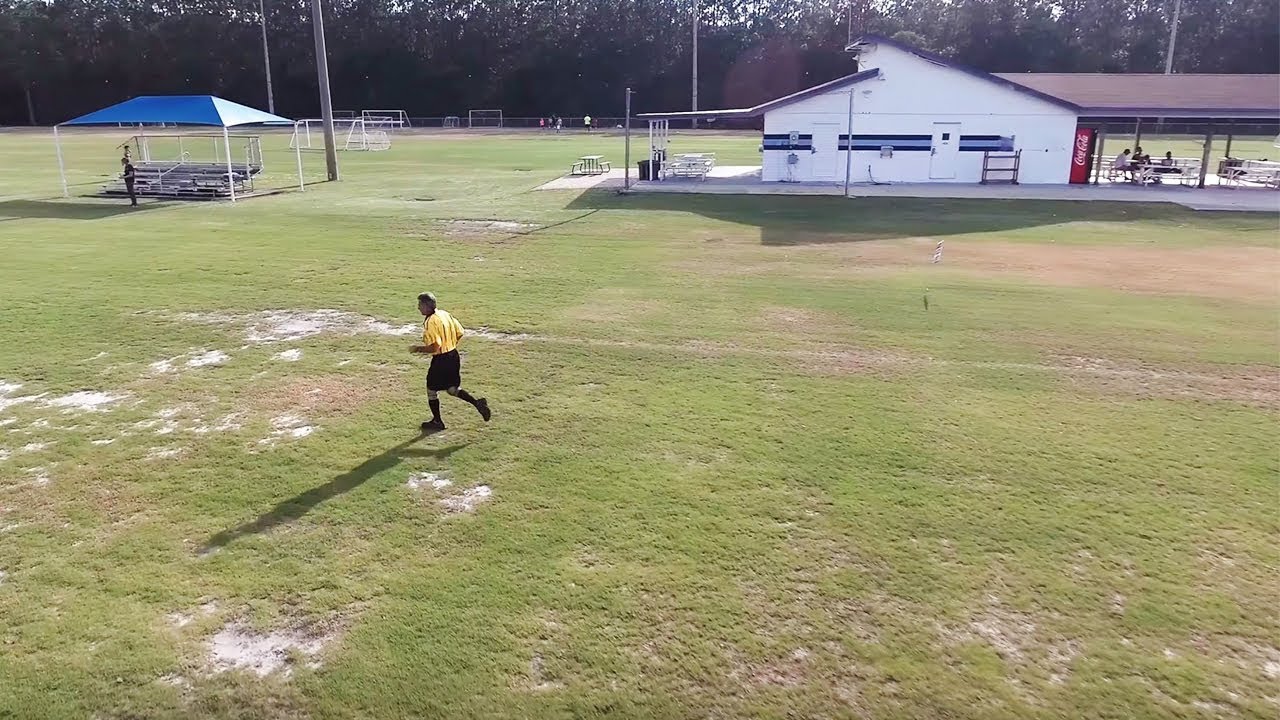 They’re the guys that are sometimes invisible and sometimes the point of sporting ire. The referee is a critical part of sports and arguably some of the most athletic have to be soccer refs, as they can run miles in each game chasing the ball and plays around the field. This morning I’d like to highlight an elite ref from Florida for whom having a knee replacement meant giving it all up. In fact, that’s the common thread through many of our success stories. People who love their active life not wanting to yield to the big surgeries and eventual decline into the couch.

Knee Arthritis Threatens to Take Ref Out of the Game

More than two decades of officiating international soccer games as well as national-level youth soccer had taken its toll on Demetrios’s knee. He’d had four meniscus surgeries and now a diagnosis of advanced arthritis in his left knee. Arthritis on the inside part of Demtrios’s left knee had left him with virtually no cartilage there, and there was no cartilage left underneath his kneecap. After his fourth meniscus surgery, his surgeon recommended a knee replacement.

Meniscus “repair,” as I’ve shared many times, isn’t really a repair but is actually a surgery that cuts out, or excises, the torn portions of the knee meniscus. Besides the fact that studies have shown that meniscus repair doesn't really work, studies have also shown that meniscus surgery can also advance knee arthritis or lead to an early onset of knee arthritis. Advanced knee arthritis typically leads to recommendations from orthopedic surgeons for knee replacement, and a knee replacement comes with many risks and complications in addition to the fact that it is often unnecessary. Clearly, knee replacement would be detrimental to an active soccer referee’s lifestyle.

Knee Replacement Wasn't an Option for This Ref

When Demetrios faced the recommendation of a knee replacement for his advanced knee arthritis, he knew what that meant. He would have to leave over two decades of refereeing soccer behind him, the game he loves so much, and stop his highly active running lifestyle. In his words, “A knee replacement was not an option for me because had I gone through with the knee replacement, everything I do as a referee, as well as running, would be the end of that.” The decision to look for alternatives was an easy one for this ref.

Demetrios found a medical professional who determined Demetrios to be a good candidate for a stem cell treatment and PRP injections. After his treatment in 2014, Dr. put Demetrios on a rehabilitation protocol with physical therapy, and within a short period of time, he was back to refereeing soccer and running. Now, nearly three years after this soccer ref’s knee arthritis stem cell treatment, he’s still calling the game.

“Having had the stem cell therapy almost three years ago, I can still do all the soccer tournaments that translate to anywhere between 24 to 32 miles for a weekend.”

The upshot? We love helping active people stay active. Each has their own story about what gets them excited and brings meaning to their life.